Lately, it seems like “what if” has become the dominant force in my internal dialogue. It controls everything, because it’s fear. Worst of all, it’s fear presented through “logic,” which makes me think I need to believe it.

Because of “what if,” I put off doing things I wanted to do because I was afraid of what might happen when I tried. The blog is the most recent example of this. I wanted to start one a long time ago, but I was afraid.

It was easier to just not try, because then I wouldn’t have to deal with the consequences. So, I didn’t. I put it off. I said I was too busy and maybe I’d do it after I was done with school and the baby was a little older.

It weighed on me. I knew I had things to say, but I was still afraid. I would bring it up every so often to my husband, but then chicken out again.

Finally, one day, I decided I wanted to try doing it (again), so my husband and I bought the domain together. There was no turning back this time.

Throughout the process of creating the blog, I kept running into roadblocks. Every time something came up, I would say, “What if it’s just not worth it? What if it’s a sign?” and panic. Fortunately, my husband read Hitchhiker’s Guide to the Galaxy, and knew that two possible answers were “42” and “don’t panic,” so he flipped a coin and told me not to panic.

Even after the blog was finished and I shared it with the world, I was still carrying the weight of “what if,” because I was concerned nobody would read it. After 24 hours, nobody had…because nobody knows who I am. I get that, but it still stung. So, of course, “what if” took over yet again.

As I proceeded through the phases of my meltdown, my husband said “Okay. So what if it fails? You can say that you tried, and at least learned how to make a WordPress site. Then, you can move on.”

This, my friends, is what brings me to the point of this rambling narrative. Something about acknowledging what might happen if I failed (and finding some positive in it) got me to unclench. It really wasn’t so horrible. Don’t get me wrong, it would still suck, but at least I knew it wouldn’t be the end of the world.

I’m an adult. I’m supposed to be confident and know how to deal with self-doubt, but, clearly, that’s not the case. What the heck is going on in our students’ heads? What are they afraid of? What’s holding them back? How can we help them see past it?

Our students need guidance about how to deal with self-doubt. Since they don’t necessarily get that at home, it falls to us to help them. #edtechinten Click To Tweet

Below, I’ve included a template, a poster, and an image you can use in class to help your students process their fears. It’s simple, but it’s helped me. I made mine into a section in my bullet journal, but theirs can be in their planner, class journal, or online classroom.

I encourage you to use it too, even if it’s just as a mental exercise. Don’t let “what if” stop you from trying something new or following a dream. 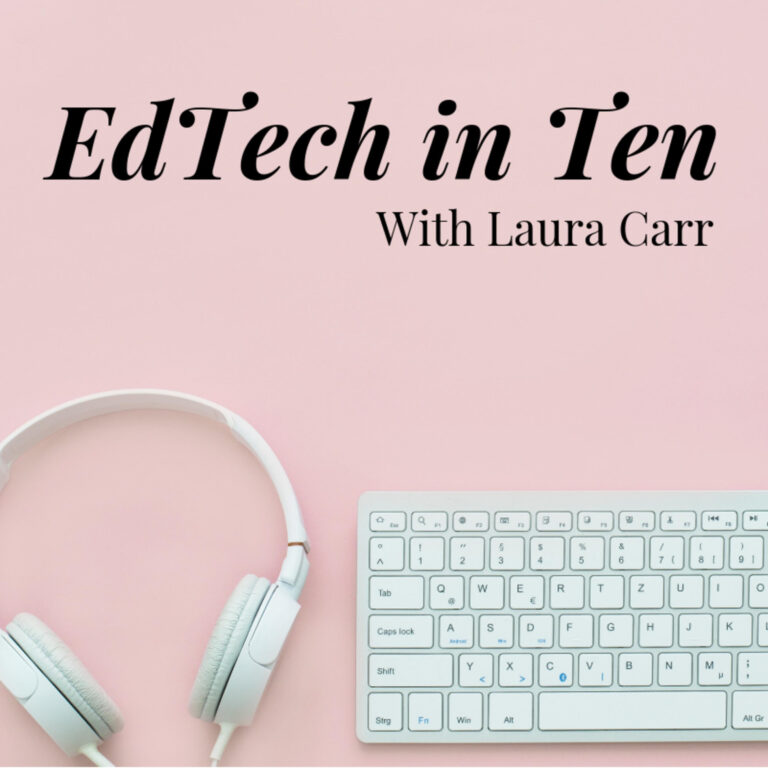 EdTech in Ten
Discussions and tips about technology and innovative ideas for an educational setting. Whether you’re intimidated by computers or a tech ninja, there’s something for you...all in about 10 minutes!
Checking in from Quarantine
by Laura Carr

Just wanted to check in and share a couple of thoughts about this new online learning reality.